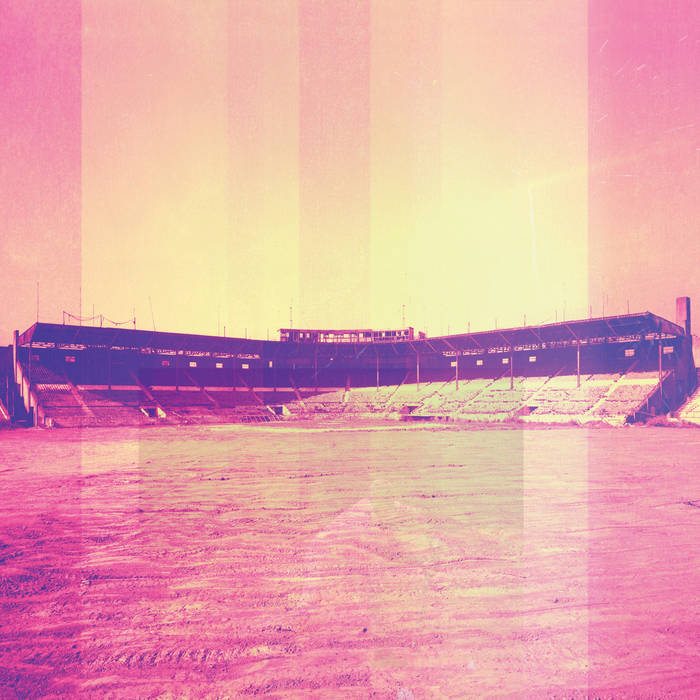 What is Fantasy League?

Brisbane artist Andrew Tuttle has sought to ponder the curious provocation. Taking his unique blend of acoustic and electronic elements as a starting point, Tuttle has devised an approach to the notion of Fantasy League loosely based upon the idea of the creation of an album as a utopian fantasy environment.

This environment sets social interaction against total isolation. It sets self reflexivity against self confidence, it promises to complete you, as you complete it. But at what point is the fantasy to be broken? At what point must the music fall away from the promise of becoming and into
the concrete nature of being? In Fantasy League, your position is only ever as certain as your desires. Music and self are in unison, but never settled or steady.

Based in Brisbane, Australia, in recent years Andrew Tuttle has released recordings on A Guide To Saints/Room40 and Heligator; as well as several private press mixtapes.

Prior to 2013, Tuttle created music under the nom de musique of Anonymeye, releasing three albums and performing 100+ concerts in Australia, Europe and New Zealand.

* AllMusic - 9/10: "His tones are sharp but rarely abrasive, and he applies a stunning array of effects and filters while retaining the music's earthly, human qualities." (www.allmusic.com/album/fantasy-league-mw0002920313)
* ATTN: "15 seconds into Fantasy League – the latest album by Australian composer Andrew Tuttle – a banjo springs into the frame, dancing jubilantly atop a slow-swelling drone, swaying over the synthesiser haze like plant life indulging a summer breeze." (www.attnmagazine.co.uk/features/9783)
* Cyclic Defrost: "It is as close to an electronic ideal as you can one might expect." (www.cyclicdefrost.com/2016/03/andrew-tuttle-fantasy-league-someone-good/)
* Boomkat: "Curious mixture of dusty country banjo twang, drone and creamy kosmische with a sun-baked antipodean sensibility." (boomkat.com/products/fantasy-league)
* Textura: " “that extra dimension also helps give Fantasy League an individuating character that sets it apart from recordings whose soundworld is exclusively synthesizer-rooted”" (www.textura.org/reviews/tuttle_fantasyleague.htm)
* Sonic Masala: "Fantasy League aims to capture the listener in a phantasmagoria that calms and enraptures, beguiles and bewitches." (sonicmasala.blogspot.com.au/2016/03/premiere-andrew-tuttle-activation.html)
* Sound Doctrine "Whorls of guitar are overcome by droning rhythms, to be overtaken by thundering organs or fluttering electronic blips." (sounddoc.net/2016/03/andrew-tuttle-fantasy-league/)
* Flush The Fashion: "“Andrew’s album is one of these creative passports that will take you to new places that you never knew existed. That’s not a bad start to the week, or the rest of your life.” (www.flushthefashion.com/music/music-andrew-tuttle-fantasy-league/)
* Aural Aggravation: "the resultant output sounds like country music from another dimension." (auralaggravation.com/2016/05/18/andrew-tuttle-fantasy-league/)
* 4ZZZ: "The timbres and melodies are constantly changing and shifting in this bluegrasstronic collage (www.4zzzfm.org.au/reviews/albums/andrew-tuttle-fantasy-league)
* The Formant: "Tuttle’s synthetic folk sees a lazy-summer night’s banjo bounce over the subtly orchestrated drones and feedback" (theformant.info/room-40-revives-someone-good/)
* Ambient Blog: "The weird contradiction between (broken) retro technique in a future society in Gilliam’s Brazil is, in a way, also reflected in (Andrew) Tuttle‘s blend of acoustic and electronic instruments" (www.ambientblog.net/blog/2016-03-16/shortlist-2016-7/)
* Tone Deaf: "“Fantasy League is the new album from Brisbane-based producer Andrew Tuttle and it’s his best realisation yet for his intoxicating blend of modular synth melodies, folk guitar and banjo.”
* Tinnitus Not Tinea: "Andrew Tuttle's "Registration" is a pleasingly subtle ambient landscape spearheading by a similarly pleasing finger-plucked banjo line"