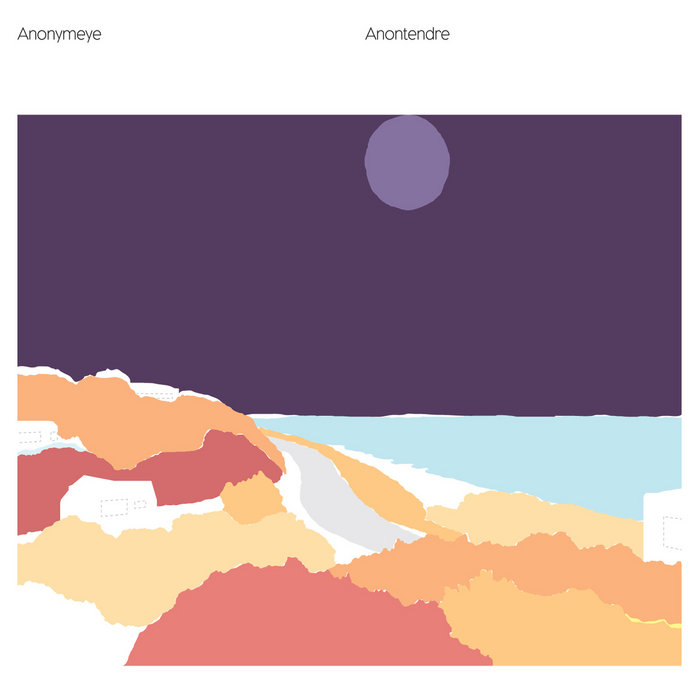 Andrew Tuttle, aka Anonymeye, is one of Australia's unsung heroes of the esoteric pop realm. Equipped with steel string guitar, banjo, analog synth and computer, Anonymeye’s trademarked picked acoustic flows and shimmering analog washes epitomize a rivalry of analog and digital interests. It’s the fuzzy drama of this competition that pulses at the heart of Anontendre.

Anontendre, his third full length, relishes the politics of creation and production. Like the driving processes of the record, Tuttle’s interest in obscure and bewildering minutae of forms of governance is reflected in Anontendre's track listing. It’s an 'all-you-can-Wiki' primer into how power can invigorate, distract, and ultimately corrupt.

Loosely, Anonymeye's music could be described as an Anonymocracy - where tensions previously held between assumed rival factions such as acoustics and electronics, improvisation and composition, dissonance and melody are recognised and explored, but eventually heading towards a resolution that is part utopian and part redemption.

Anontendre continues Tuttle's propensity for factoids, puns, statistics and double meanings - all captured in a neat audio package. Anontendre is the latest amendment in the ongoing development of the constitution of Anonymeye. Although the stakes aren't as high as they are for the Prince Leonard of Hutt River's of the world, Tuttle's fledgling Anonymocracy continues to forge an individual sense of identity, three albums in.

- Foxy Digitalis: "This is just an incredibly lovely album, and certainly challenges the possibilities of how modern electronics and acoustic instruments can be combined, while steering far clear of any “folktronica” cliches."

- Boomkat: "...the Anonymeye sound meshes the organic and the electronic in a confluence of improvised and meticulously composed techniques."

- Textura: "What clearly identifies the material as Anonymeye is the meeting between analog and digital worlds: acoustic folk, in the form of picking, strums, and tremolo-laden shudder, and kosmische psychedelia, in the form of synthesizer burble that flows constantly through Tuttle's tracks."

- Vital Weekly: "Anonymeye plays some very nice tunes on his guitar which are supported by the other instruments. Hyper psychedelic drones in the opening of 'Federation', but then the guitar drops in, breezing like fresh air."

- Norman Records: "The material on this album seems to vary from quite complex and melodic fingerpicked guitar to fairly minimal drone. It's constantly evolving and never really grating. I like it."

- 4ZZZ FM: "Background music for the front of your mind, the soundtrack to a life so wonderful you can only stand-back and watch in awe."

- The Chocolate Pudding Cup: "Anontendre is easily the best Anonymeye release so far and as long as Tuttle keeps making music as creative and cohesive as this, the rest of the world is sure to notice."

- Twiceremoved: "This is what makes Anonymeye stand out in the field of guitar and laptop artists - it gives him his signature sound and shows that he is proficient with the instrument rather than just using as a drone/shoe gaze style accompaniment."
credits
released 01 August 2011