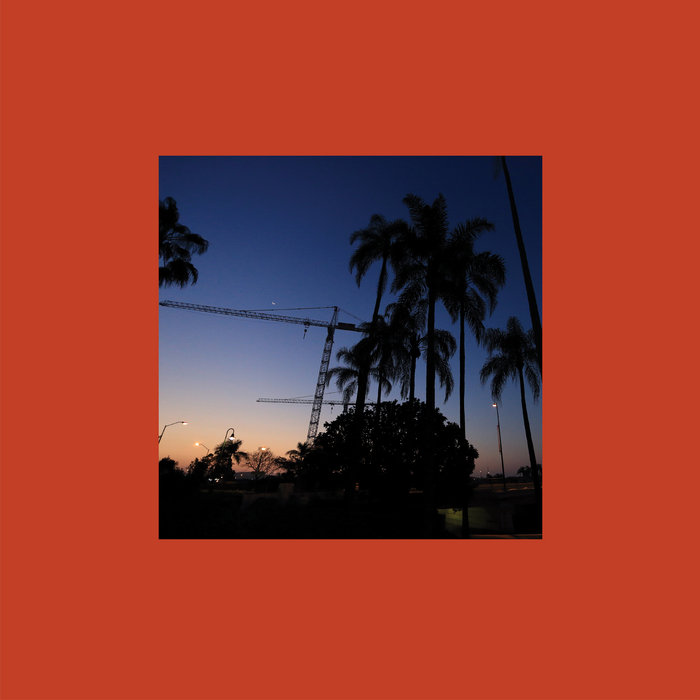 Andrew Tuttle is a best-kept secret of the Australian underground. A composer, improviser and collaborator who has shared stages with Matmos, Julia Holter, Forest Swords, Steve Gunn, OM, Deradoorian and many others, a world traveller and artist in residence, his third, self-titled album, is an expression of his life in music and a reflection of life in his home city of Brisbane.

Primarily developed in a Brisbane bedroom, home to a banjo, acoustic guitar and synthesiser; the album is lilting, elegant and delicate - the sound of joy and imagination. There’s a wide-eyed sense of positivity and discovery throughout, inspired by dream-like states, considerations of what it means to grow as an artist and as a person – and of a more considered understanding of how the passage of time impacts on both.

Tuttle’s music meanders, swings, and sometimes soars like birds across a radiant sunset. Each note on the album feels alive, with harmonics stretching out to meet the neighbouring notes, much as the Brisbane River winds and the eucalypts and palm trees of Tuttle’s home suburb of New Farm intersect with a constant vibrant hum of humanity.

Andrew Tuttle’s body of work maintains both a sharp creative focus and a wide-eyed spirit of exploration. Like time-lapse photography, it unfolds its colours and textures with an astonishing gracefulness and wonderment. Born of reflection rather than of nostalgia, Tuttle’s third album and his performed works are the sound of re-discovering one’s local natural and urban environments - and the importance of embracing love, family and friendship in a turbulent world.

Tuttle’s first two solo albums Slowcation (2015) and Fantasy League (2016) heavily played on an inherent tension between Tuttle’s primary musical interests of acoustic instrumentation and digital synthesis. On his third, eponymous album, released on 25 May 2018 on Room40’s Someone Good imprint (Haco, Ytamo), Tuttle has brought these worlds closer together - sparse decayed banjo and fragile guitar motifs are at one with shimmering filtered delays and bubbling electronics.

For this third album, a fortnight residency at Stockholm’s EMS Elektronmusikstudion and collaborations with Charlie Parr (electric guitar), Dina Maccabee (viola), Kris Keogh (harp), Chris Rainier (prepared guitar) and Joel Saunders (trumpet) were an initial creative impetus; however these seemingly disparate explorations have manifested themselves into Tuttle’s most cohesive work to date. The final album, a result of several careful revisions, born of humid strolls by the river and deliberations during turbulent thunderstorms over an eighteen-month period; reflects Tuttle’s belief in this work as a major personal and creative statement. In Andrew Tuttle’s world, folk and bluegrass rituals, ragas and drones cozy up to electronic technology like they’ve known each other their whole lives.

Tuttle dwells in a between world of ambient and folk genre that feels like a community all of its own. Holding a space that is tropical, abundant and generous, Andrew Tuttle makes outsider music that turns its listeners into insiders — beckoning a journey inwards which unfolds many heart-opening moments along the way.

Written, recorded, edited and mixed during 2016 and 2017 by Andrew Tuttle.

Thanks and love to Frith, Mum, Dad, Courtney, Lawrence, Bryan, the staff at EMS Elektronmusikstudion and APRA AMCOS, Sophie, Ash, Charlie, Chris, Dina, Joel, Kris, Drew, Martin, Rosie, Paul; and also to all of my friends, contemporaries and supporters!

This project has been assisted by the Australian Government through the Australia Council, its arts funding and advisory body.

This project is supported by the Queensland Government through Arts Queensland.