← back to
Room40
Get fresh music recommendations delivered to your inbox every Friday. 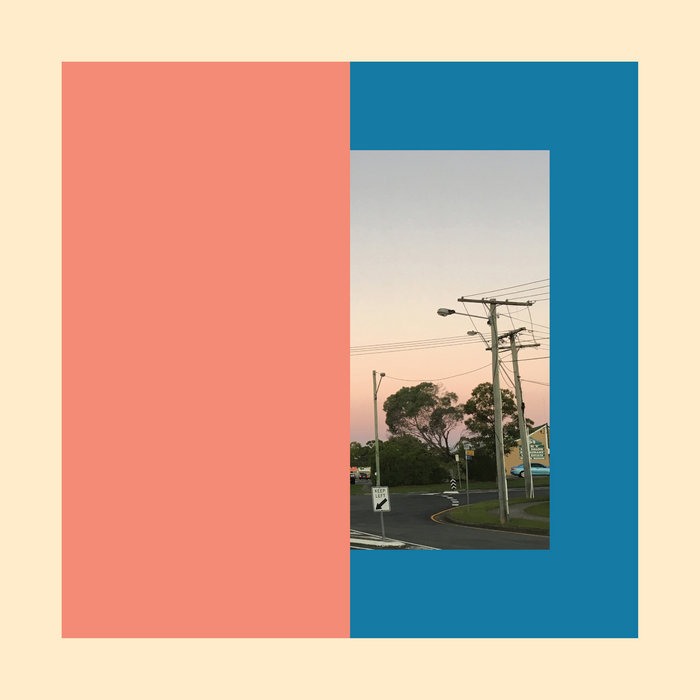 The stuff my morning coffee and journaling dreams are made of. Favorite track: Sun At 5 In 4161.

Matt Merewitz Adam Downey recommended this album to me and I am very thankful.

Michael Upton (Jet Jaguar) Andrew's branching out here a bit, insofar as this is way heavier on the banjo and much lighter on the electronic elements. Pedal steel, soft brass, and those subtle electronics give it a sort of Lanois vibe, in the best possible way.

Andrew Tuttle grew up in Alexandra Hills, a quiet slice of rural life in Redlands, a city which lies 20km or so from Brisbane, on the East Coast of Australia. Or at least that was the plan. The reality proved to be somewhat different, the area changing quickly after his family's relocation there, resulting in his home being quickly absorbed by rapid urban sprawl, leaving him in a limbo between nature and suburbia.

Alexandra, Tuttle's fourth studio album, reflects the growth apparent in his three previous Room40 releases and commitment to developing a reputation in his home country of Australia in the time since his 2015 debut. Leaning upon the inspiration pulled from recent tour supports with contemporaries such as Steve Gunn, Ryley Walker and Calexico; Alexandra presents a true sonic landscape; a musical reflection of a rediscovered homeland. A magician of banjo and resonator guitar, Tuttle named the album after that Queensland street and suburb where he first created and fell in love with music. Alexandra is the sound of rediscovering one's environment, almost twenty years on, tracing it with an organic, expanding flow of energy.

As a child, Tuttle became obsessed with two things: cricket and playing guitar, however it was the latter of those two hobbies which eventually stuck, in spite of an initial indifference. Despite his eventual career path, that other childhood passion has stuck with him and there's nothing that Tuttle enjoys more than taking in a game of cricket at the Allan Border Field, a beautiful small ground about 3km from his house. "It's my happy place," he says, simply. "Absolutely picturesque, shaded grandstands and a grassy hill, great natural lighting. I think both music and cricket, in my mind, can be related on a linear level. Like how either a song or a cricket game can go for a short defined time or for an almost infinite time; with busy moments, reflective moments, meandering moments and resolution."

After finishing school around the turn of the century, Tuttle embraced a whole new world amid the DIY culture and venues of Brisbane, where issues with gentrification and noise complaints led to a lot of shows in alternative venues which boasted lineups that were often strikingly diverse and interesting. In late 2017, a fortuitous path of chance meetings, house-sitting and blissful spring days led Tuttle back to his childhood habitat, awakening an ardent awareness of place that was both intimately familiar and strangely new. This experience of psychogeography inspired Tuttle to delve into the soul of one little patch of the world.

Painting broad strokes of local colour amongst a deeply rooted spirit of place, Alexandra is a journey that tranquilises the restless mind. This expansive album cycles through a rediscovered environment, illuminating forgotten or overlooked landmarks, evoking the dreamy ritual of the "flâneur" (a romantic figure imagined by Charles Baudelaire and Walter Benjamin) who wanders the streets, with the sole purpose to wander.

The rambling road that led to Alexandra was paved with musical activities for Tuttle; he released his third, self-titled album on Someone Good/Room40 in 2018, toured with Steve Gunn, Calexico and Ryley Walker in Australia and Europe, and made a cameo performance with Matmos at Unsound Festival (from which the guitar tuning of Matmos's 'Sun On 5 At 152' provided the inspiration and a tip of the cap towards Alexandra's opener 'Sun at 5 in 4161'). Tuttle has previously toured with artists such as Julia Holter, Forest Swords, Daniel Bachman, Deradoorian, Blank Realm and HTRK.

Mixed by Chuck Johnson and mastered by Lawrence English (Room40), Alexandra was tracked externally at Brisbane's The Plutonium by engineer Aidan Hogg (Jaguar Jonze, Jeremy Neale, Hatchie), then edited and processed at Tuttle's studio in Brisbane and at his childhood home on Alexandra Circuit in Alexandra Hills.

* Dusted: "...retains a compact compositional approach that moves between ideas and passages in a slow but deliberate way."
* Folk Radio: "Using his guitar and banjo, he dispels any notion of staying within the norms of most recording artists, boldly blending strings, horns and synths in the unlikeliest of ways."
* Boomkat: "Beautifully serene widescreen vistas from Andrew Tuttle on his latest for Room 40 sidelabel, Someone Good. This one’s on a sun-bleached and countrified tip somewhere between Calexico instrumentals, The Hired Hand OST and Brian Eno’s ‘Another Green World'."
* The Moderns: "Four albums in, Andrew Tuttle continues to push the limits of ambient guitar music: this time out he adds banjo, fiddle, sax, trumpet, cello and more, all to great effect."
* MOJO: "Joyful and full of subtle vigour, it's the perfect headphone-heard walking companion when you don't want lyrics crowding your thoughts."
* The Quietus: "In each composition, there’s an unwavering cinematic quality in the crispness of the production and the ease in which the arrangements flow."
* Raven Sings The Blues: "There’s a natural awe to the album, that’s expressed between the patient notes that Andrew and his collaborators concoct."
* Record Dept: "...a polished and elegant atmospherically pastoral instrumental album."
* Running Dog: "This cinematic and serene album, an important release for the Australian independent music community, feels like the optimal expression of Tuttle’s art and his most satisfying work to date."

Engineered by Aidan Hogg at The Plutonium, January-March 2019


This is a Someone Good release. RMSG022